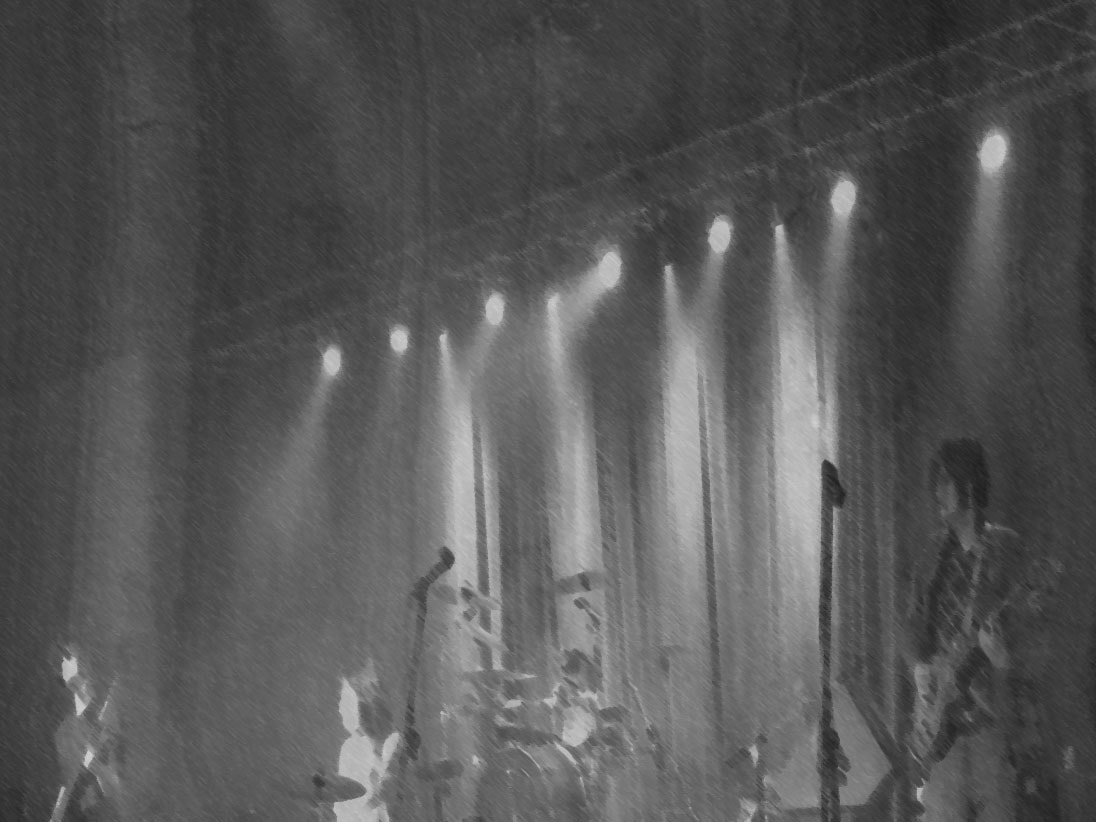 Chuck’s question was valid.  We were invited to a rock show.  GPS sent us to a bowling alley.

We headed in.  Greeted with the distant rumble of bowling pins bursting, video games with their beeping chants and bowlers either celebrating victory or groaning and stamping their feet.  Or doing that weird hip nudge after they release the ball to try to “guide” it for a strike.  What the hell?  Yeah, I’m sure I’ve done it.

We noticed a ticket-taker at an opening near a series of claw machines.  I knew this was our in.

Wristbands on (or obnoxious giant sharpied X for minors), music already started.  The younger of our group beelines to folks of her own generation.  No way would they be associated with us middle-aged folks in public.  An Iron Maiden cover song is in the works.  Saturday night, the classic rockers and their fans have dusted off their denim jackets and headed to The Lounge.  A handful of people are close to the stage mostly yelling over the music.  Some are milling around the bar.

We grab a couple beers and look around.  Apart from a teaming crowd of younger folks who were there for the next band on the bill, most of the crowd looks like it was plucked from 1980’s Harpos on Harper in Detroit.  Squeaking leather, denim jackets laden with patches, Aqua Net (assuming the purple can: “super extra hold”) and clanking metal adornments.

Headrush Detroit followed up the Iron Maiden tribute with a growling rendition of Harry Chapin’s Cats In the Cradle.  Well, with this atmosphere, they really are a chip off the ol’ classic rock block.  I know these scenes play out every night across the country.  People looking to relive some lost time, or if they were too young or not even born yet, try to interject themselves into another time.  The bands provide the fuel of time travel.

I don’t wanna go back.  Not tonight.  I went way back a few months ago with MC50.  If I’m going to go back, I want Wayne Kramer rocking on stage in front of me.  Tonight, give me something new.

The next band up starts to assemble on stage.  A three-piece local band, Asphalt Flowers.  They immediately dig in with this big surprising sound.  They get everyone’s attention with this much-needed wave of fresh air.  Gone are the staccato screams of metal guitar and the gritty snarl of the hair band vocals.  Here we get the big intricate textures of clever guitar and smoother vocals that seem to seep into this wall of sound.  Their feet are firmly planted in the now, with a sound of their own.  I do hear some nods to the beginning sounds psychedelic rock.  This feels like a brave new experiment.

I was tipped off that their music can be found on Spotify.  Their maiden voyage is quite good and I was curious how they would pull it off live.  Well, they did.  Big sounds and steady waves of brilliant sound.  Refreshingly brave for a newer band on the scene (especially this scene!) to stick to this wonderful found sound and not just reach into a bag of tricks and whip out a sing-along cover song because that is what a lot of people expect.

They begin the set with Mouthbreather.  When I hear the title referenced in the song, I quickly access my facial posture to note if my mouth is in fact open, then I start to get into it.

None of the musicians go far from their places on stage, no prowling stage left or right. All are rather trance-like and taking it all in.  The music sets the whole tone, no need for theatrics. The rumbling bass and stretches of featured guitar work got the crowd responding, even hollering.  I’m getting more respect for the younger music enthusiasts – they weren’t waiting for a dance troop, a singer explaining the meaning of a song at length or someone climbing the walls and screaming from the rafters to get attention.    Songs easily slipped into one another, seamless.  Although some of the vocals are hard to make out, the vocal style being so dreamy almost makes for a total instrumental sound at times.  From Alive in Limbo: “I know I’m gonna get there, I just set the pace”.  It’s a good pace.

Their set wrapped up and the remaining two bands played their sets.  They’ve mastered their craft of recreating what was.  Janet Gardner of 1980’s Vixen fame was the headliner.  She does put on a show, owning the stage and talking so casually like someone you’ve known throughout life.  But it is the same show she’s always done.  I guess to some musicians, it’s almost like a continual Vegas stint.  They have the show down and are good at it, but it’s the same night after night.  Decade after decade.  Gone was the energy and excitement of something new that The Asphalt Flowers rocked out just a short time before.

This is when you know rock and roll is good.  A band playing from their own dreams and inspiration – not drawing from others’ inspirations.  The now is good. Not recreating what was, but creating what is.