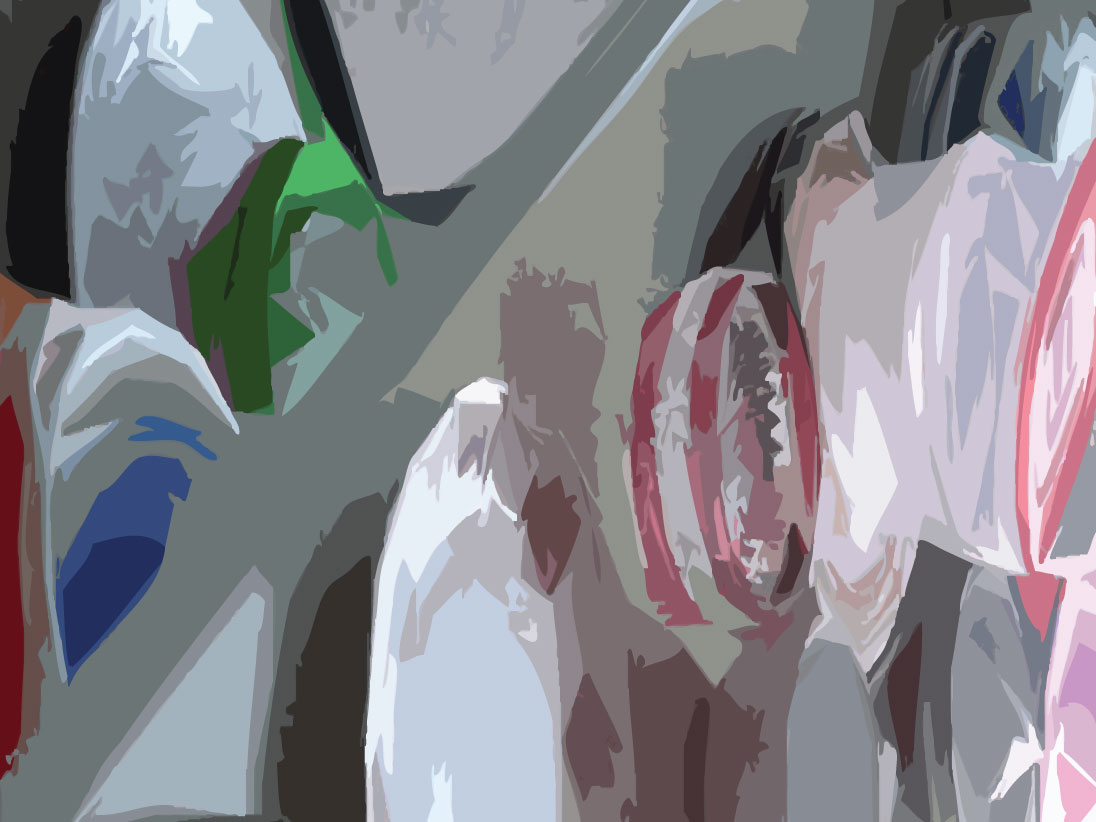 They are both gone now.  Left this world where we remain. Unable to take their possessions with them, we tread quietly amongst their things wondering just what to do with it all.
We slowly began to sort things.  Nostalgic things, things of value, photos, crap, clothes, more crap, everyday living things. Stuff.

My brothers and I started loading our vehicles with pocket knives, photos, antique furniture, mom’s silver, bizarre Christmas décor (I think someone made this), art pieces, a cat.

Then we realized what was left.  A lot.  Mom and dad took the time to pick out all of this stuff.  It meant something to them.  Spent a lifetime accumulating it all.  Now what do we do with it?

My brother knows a guy who hosts estate sales.  He said he would help.  Good.  He can jump neck deep in this “collection” and I can be two counties away not having to watch people sift through my parents’ treasure trove of doo dads, Tupperware and hand towels.

About 6 weeks passed and we got the feeling that said estate sale MC was just not that into it.  We were on our own.

The morning arrived.  I showed up at the house two hours prior to set up the signs and start setting up.  There were already cars lined up in front of the house.

30 minutes prior to the stated start time, I opened the front door of the house to leave and set up the signs in the neighborhood. The anxious shoppers bolted across the lawn, excited that the door opened.  I yelled “hold on!”, jumped in my car and sped away.  I was tempted to just go home.  These were the strangers that were going to rifle through my parents’ things.  The leftovers.

I hung up the signs and headed back to my parents’ house.  Today it seemed like it wasn’t theirs anymore.  I walked up the steps, went in and quickly closed the door behind me.  There was a line forming at the steps.  I drank my coffee and chewed my nails.  I was drinking coffee from mom’s coffee cup.

My brother arrived.  Thank God!  Two minutes later, we opened the door to the public.

15 men swarmed the house.  Two had flashlights looking in cupboards and in closets.  Most headed right for the basement.  Within minutes, each was assembling piles of things.  Everyone respected each others piles.

We priced nothing.  Most people asked for some guidance.  $50 for a bike. $2 for a rake. $10 for an end table. $.50 for a plate. $.25 for a couple rolls of ribbon.  $25 for a broken slot machine. People were buying everything!  A half-used roll of paper towel sold for $.10. After realizing that there really isn’t anything that is beneath anyone at an estate sale, I started to make my own pile.  While customers were asking questions, I grabbed the everyday things that my parents used.  This shit means something.  Nail trimmers, mom’s coffee mug, the clipboard with the last sudoku puzzle that mom was working on, the pen from the bowling alley, a sheet of stickers that she would use to put on the envelope of a birthday card, dad’s shoe shining kit (he’s been gone 7 years and it’s still ready!).  No one fucked with my pile.

The stream of folks started to slow down at around 2:00.  Then came the people who just wanted to talk.  For a March day, it was warm in Michigan.  People were outside looking for something to do.  We had something to do.  We mostly listened to stories about other dead loved-ones, the neighborhood, some story about how someone’s brother has the same board game at home and maybe between the two they can have all of the pieces to it.  The young people would occasionally show up.  The would immediately ask if we had any records or vintage clothes.  I would say “no” and for some stupid reason I would apologize. They all would quietly walk through the house and leave empty handed.

5 oclock finally rolled around.  We shut the business down and cracked open a beer.  We survived the estate sale.  We would pack up what was left and donate it to the Disabled American Veterans.  The house will be empty then sold.  Someone will raise another family in that house and acquire a lifetime’s worth of memories and stuff to attach it to.  Then the stuff remains…